For almost 6 months, the question “should we launch a crowdfunding campaign?” swirled with violent uncertainty around my head. We had just started Lookalu, a smartphone gadget that helps parents easily snap the cutest baby photos, and we needed to figure out the most efficient way to validate our idea and bring it to life. 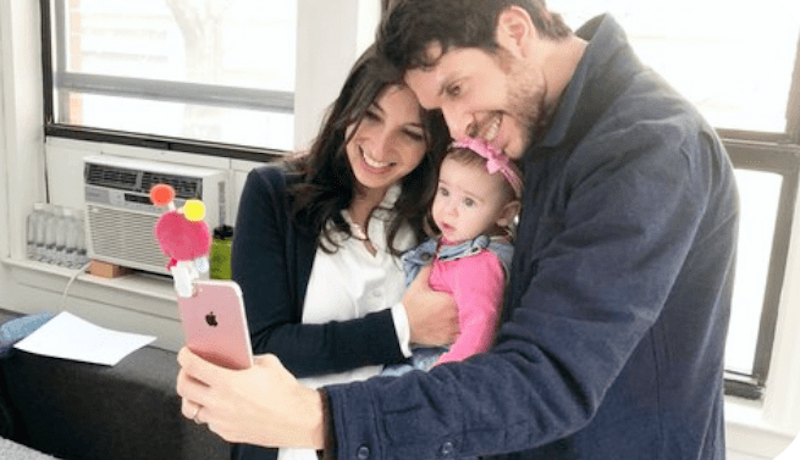 We had months until our product would hit production and weren’t sure exactly how to find the capital necessary to fund that elusive first manufacturing run. So, like any good entrepreneur who pretends to know what to do but doesn’t really, I took to Google. I was barraged with articles about successful crowdfunding campaigns that raised millions from backers across the world and case studies of agencies that helped their clients exceed their goals by 1000%. I got sucked in fast.
On the one hand, the starry-eyed side of me thought we could raise six figures in a blow out campaign that would have all the major press outlets buzzing (I saw Lookau’s name written in bright, shiny lights across the likes of TechCrunch, Buzzfeed, and Forbes). I envisioned thousands of backers humming in the comments section of our crowdfunding page, touting our invention as the greatest new parent product to hit the market since Sophie the Giraffe. I couldn’t wait to get started. On the other hand, the rational, pragmatic side of me painted a slightly more cynical scene. From reading countless articles and talking to friends who had undergone the process, I knew that it would be a full time job to launch and manage the campaign – photo and video shoots, designing the perfect crowdfunding page, harassing my networks, abusing my personal social media feeds, launching & maintaining social ads and much more.
Ultimately, my wide-eyed, optimistic side won out and we decided to crowdfund. Though, it wasn’t really a shoot from the hip decision. Here was our rationale:

Spoiler alert: We raised $18,000 (180% of our initial goal) from just under 300 backers around the world. Was this enough to set crowdfunding records and create a massive viral buzz? Certainly not. But we were pleased – after all, we did surpass our goal and raised enough capital to help us get Lookalu off the ground. I wrote up a list of 5 things I wish I knew before launching Lookalu’s crowdfunding campaign. I hope it helps you either make your own “go, no go” decision or at least gives you some more context as you prepare for your crowdfunding journey.

I recognize that every entrepreneur, campaign and product is different, and by no means do I think the list above is relevant for everyone. But I personally would have been better off having read and internalized these points before launching our campaign.
I hope our story and this additional knowledge helps you do what’s right for your business.